The Solution below shows the C# natural minor key signature on the treble clef and bass clef.

The C-sharp minor scale has 4 sharps. 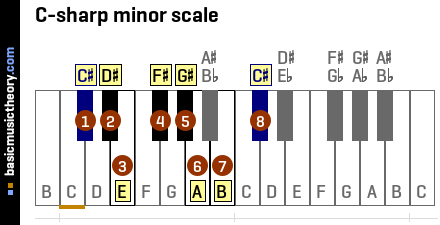 To understand why the C-sharp minor scale has 4 sharps, have a look at the C# natural minor scale page, which shows how to identify the note positions and names for this scale.