The Solution below shows the Dbb major key signature on the treble clef and bass clef.

This step shows the Dbb major scale key signature on the treble clef and bass clef. 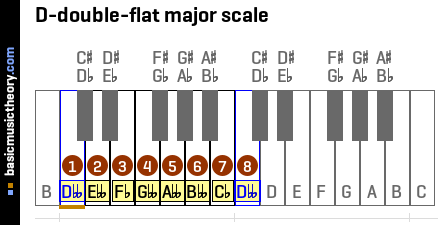 To understand why the D-double-flat major scale has 5 double-flats, 2 flats, have a look at the Dbb major scale page, which shows how to identify the note positions and names for this scale.