The Solution below shows the D# major pentatonic scale on the piano, treble clef and bass clef. 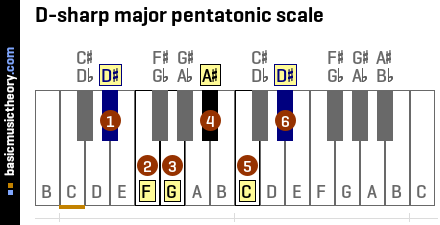 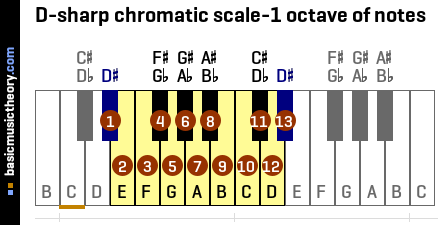 This step describes the D# major scale , which is needed to build the major pentatonic scale in a later step. 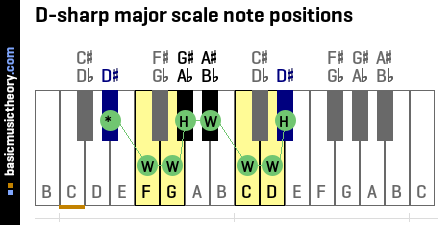 To understand the music theory behind why these sharp and flat note names have chosen given the note positions from the previous step, have a look at the D# major scale.