The Solution below shows the D# chromatic scale notes on the piano keyboard.

The Lesson steps then explain how to identify the D-sharp chromatic scale note interval positions, and choose the note names.

This step shows the ascending D-sharp chromatic scale, going from the lowest to the highest note in the scale.

The D-sharp chromatic scale has 12 notes, and uses every half-tone / semitone position. The piano diagram below shows the note positions and note names. 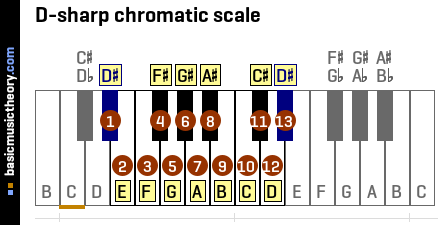 This step shows the D-sharp chromatic scale going from the highest to the lowest note in the scale. 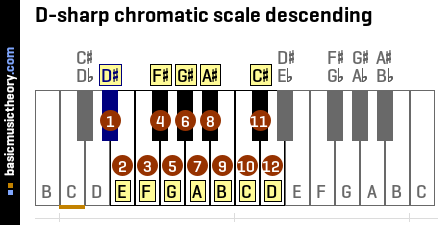 This step applies the chromatic scale note positions starting from D-sharp, so that the correct piano keys and note pitches can be identified. 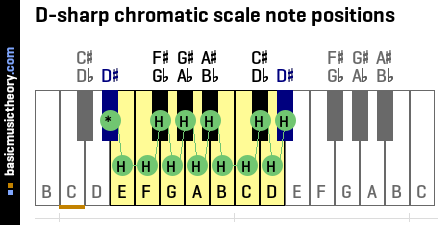 For this example - the chromatic scale in the key of D#, let's assume that we are working with a key that is on the circle of 5ths - D# natural minor scale, which is a sharp-based key signature, and we want to identify some chromatic scale notes outside that key.