The Solution below shows the A chromatic scale notes on the piano keyboard.

The Lesson steps then explain how to identify the A chromatic scale note interval positions, and choose the note names.

This step shows the ascending A chromatic scale, going from the lowest to the highest note in the scale.

The A chromatic scale has 12 notes, and uses every half-tone / semitone position. The piano diagram below shows the note positions and note names. 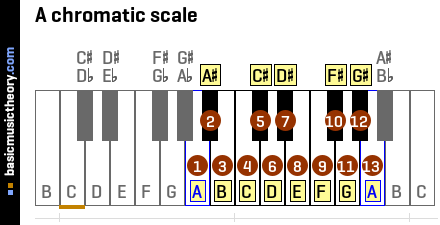 This step shows the A chromatic scale going from the highest to the lowest note in the scale. 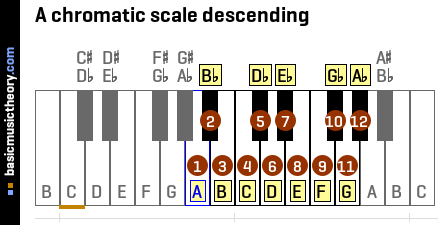 This step applies the chromatic scale note positions starting from A, so that the correct piano keys and note pitches can be identified. 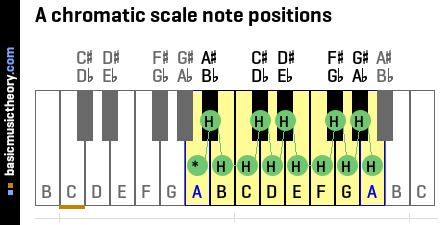 An example A chromatic scale

We know that this minor scale does not have any sharp or flat notes, so the second explanation above applies - sharps when ascending, flats when descending.

As explained in the above step, since we were working with a scale that has no sharps or flats, we will use flat notes when descending.